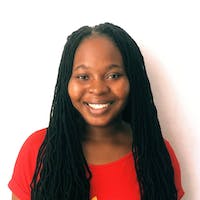 In this tutorial, we will try to deploy a simple NodeJs app to AWS and get it running in the cloud.

What is AWS? According to their website, Amazon Web Services (AWS) is the world’s most comprehensive and broadly adopted cloud platform, offering over 175 fully featured services from data centers globally. It is the world’s leading platform when it comes to cloud computing.

The prerequisites needed to successfully deploy this app are:

There are different ways to deploy a NodeJs application to AWS but in this tutorial, we will use AWS Elastic Beanstalk CLI.

Part 1: Create a NodeJS Express application up and running locally.

a) First step is to install NodeJS on your computer. NodeJs comes with the node package manager NPM and can be downloaded here.

c) Create a file named .gitignore and add the node_modules directory to it. These files will be excluded from being added to the repository when pushed to GitHub or cloud.

Create a sample express application from https://expressjs.com/en/starter/generator.html or running the commands below

I have create a sample express application called Devylawyer’s blog and it is running locally.

a) Clone this repository

b) In PowerShell or in a Command Prompt window:

If you encounter an error with the message “No module named ‘virtualenv’”, use the following commands to install virtualenv and the EB CLI:

If you already have Python installed on your system, run the following only :

We will now configure a profile for the newly created user aws-user. Ensure you are in the directory.

Part 3: Use the Elastic Beanstalk CLI to deploy the application.

a) Initialize the NodeJS Cd into the repository on PowerShell. We will use the EB CLI to initialize the NodeJS app by using this command in the screenshot below. Follow the prompts and choose the default options. This command creates a configuration file in a folder named .elasticbeanstalk that specifies settings for creating environments for your application

Make sure you have committed your changes in your repository.

c) When environment creation completes, use the command eb deploy to deploy the application. Navigate to the AWS Elastic Beanstalk console and you will see that the environment has been created and the health status is OK.

d) To open the application from the console, use eb open and the app opens in the browser in a given URL.